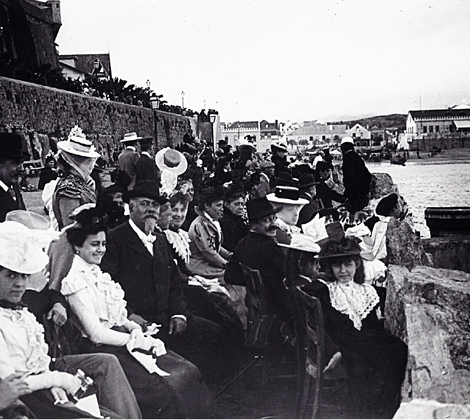 In 1870 , Cascais is “discovered” by D. Luís, when he begins to spend the end of summer in this fishing village. Its picturesque charm captivated the Portuguese aristocracy and bourgeoisie , with boat trips, picnics on the beach and the practice of sports reserved for high society, such as sailing and tennis.

The Cascais and Estoril area then began to develop infrastructure dedicated to leisure, such as the Praia Casino in Cascais Bay and the Sporting Clube de Cascais. This leads to Estoril receiving in 1911 the title of “ Cradle of Tourism in Portugal ”. 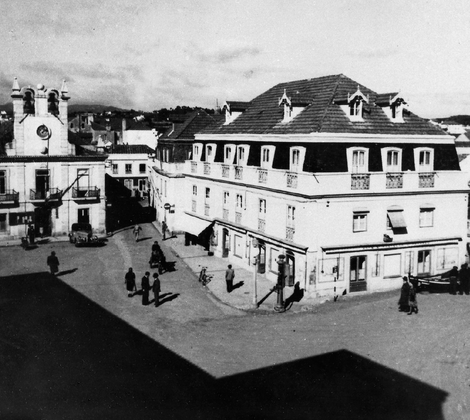 At the beginning of the 20th century, Vila de Cascais already had a great reputation in the tourism sector in Portugal. In a prominent place, next to the beach, was Café Tavares , a must-see for the royal family and all tourists in the region. It was here that, decades later, the desire to build the first hotel in Cascais was born, due to the ambition of João Soares. 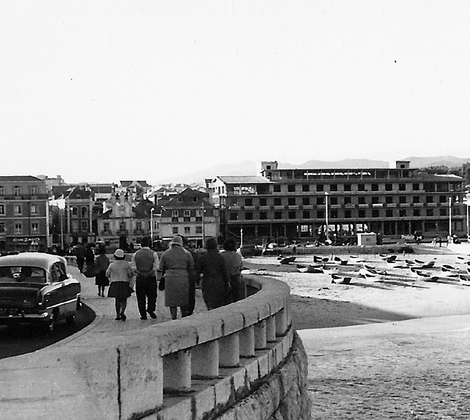 Designed by the architect Alberto Cruz, this project began to be built on March 19, 1959, next to Café Tavares, a building that would be demolished. On April 17, 1962,   Hotel Baía opens its doors for the first time. After 10 years and having already become an icon of the town, Hotel Baía invests in its first expansion , in 1972/1973.

The restaurant and the living room move to the ground floor and a banquet/meeting room is built on the -1 floor. The hotel now has a total of 87 rooms.

In   1975 , the owners are illegally expelled from the management of Hotel Baía. For 8 years, the hotel undergoes a   self-management phase , until November 22,   1982 , when the founders are again recognized as the rightful owners. 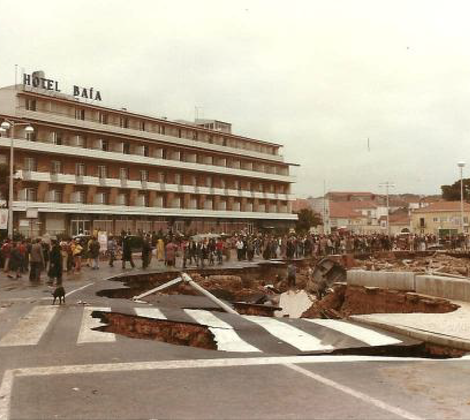 On November 18, 1983, the unthinkable happens . One year after the management of Hotel Baía returned to the rightful owners and huge investments were made in the facilities, the town of Cascais is flooded by torrential rains. The Cascais Floods of 1983 caused incalculable damage to the entire village, destroying the seawall in front of the beach and many of the equipment that were on the ground floor and underground of the hotel. 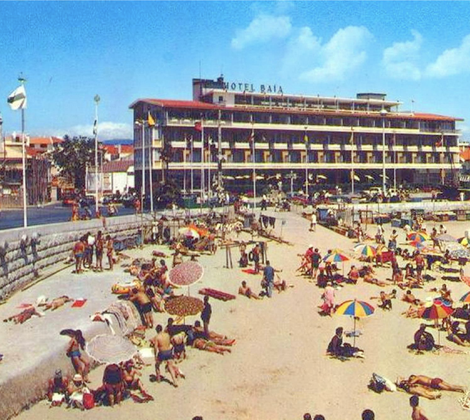 The second expansion took place between the end of 1988 and the beginning of 1990 . The north façade was completely renovated, as well as the solarium and the various rooms on the ground floor and -1 floor. Since then, the hotel has a total of 113 rooms – 66 sea views and 47 land views.

In 2005 , the third and most recent expansion was completed, with renovation works and the construction of an underground car park. 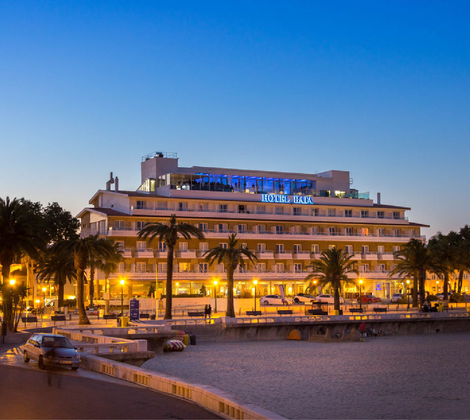 After 15 years of continuous evolution, with the emergence of the pandemic caused by COVID-19, Hotel Baía was forced to temporarily close for the first time since it opened its doors. Between April and June 2020, Hotel Baía was empty.

It only woke up again when a tourist called and asked if the hotel was open – from then on, at first with only one room occupied, the tourist life at Hotel Baía and in the village gradually returned.

On April 17, 2022,   Hotel Baía turns 60   and we are ready to celebrate them and remember all the stories they bring with them. 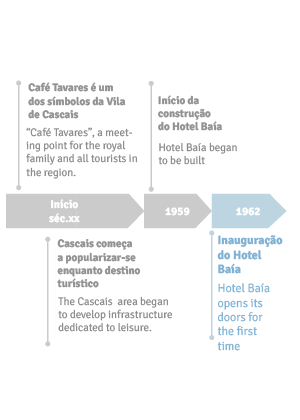 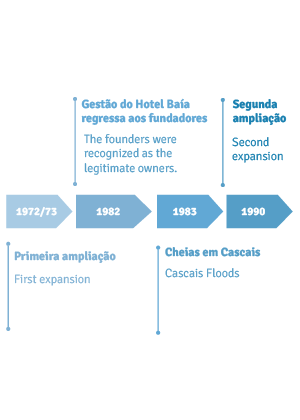 This page uses cookies to anonymously and statistically analyze your use of the Web, improve content and your browsing experience.

Cookies and other similar technologies are an essential part of how our Platform works. The main goal of cookies is to make your browsing experience easier and more efficient and to improve our services and the Platform itself. Likewise, we use cookies to show you targeted advertising when you visit third-party websites and apps. Here, you will find all the information on the cookies we use. Furthermore, you will be able to activate and/or deactivate them according to your preferences, except for any cookies that are strictly necessary for the functioning of the Platform. Keep in mind that blocking certain cookies may affect your experience on the Platform, as well as its functioning. By clicking “Confirm preferences”, the cookies selection you have made will be saved. If you have not selected any options, clicking this button will be the same as blocking all cookies. For more information, please consult our Cookie Policy.

These cookies are necessary for the correct functioning of the Platform, and they cannot be deactivated on our systems. Generally speaking, they are configured to respond to actions made by you when requesting services, such as adjusting your privacy preferences, logging in to your account or filling out forms. You can configure your browser to block these cookies or alert you when they are present; however, some parts of the platform will not work without them.

These cookies allow us to count the number of visits and sources of traffic in order to measure and improve the performance of our Platform. They help us to know which pages are the most and least popular, and how many people visit the website. If you do not allow these cookies, we will not know when you visited our Platform.

These cookies enhance the functionality and personalisation of the Platform. They can be put in place by us or by third parties whose services we have incorporated into our pages. If you do not allow these cookies, some of our services will not function properly.